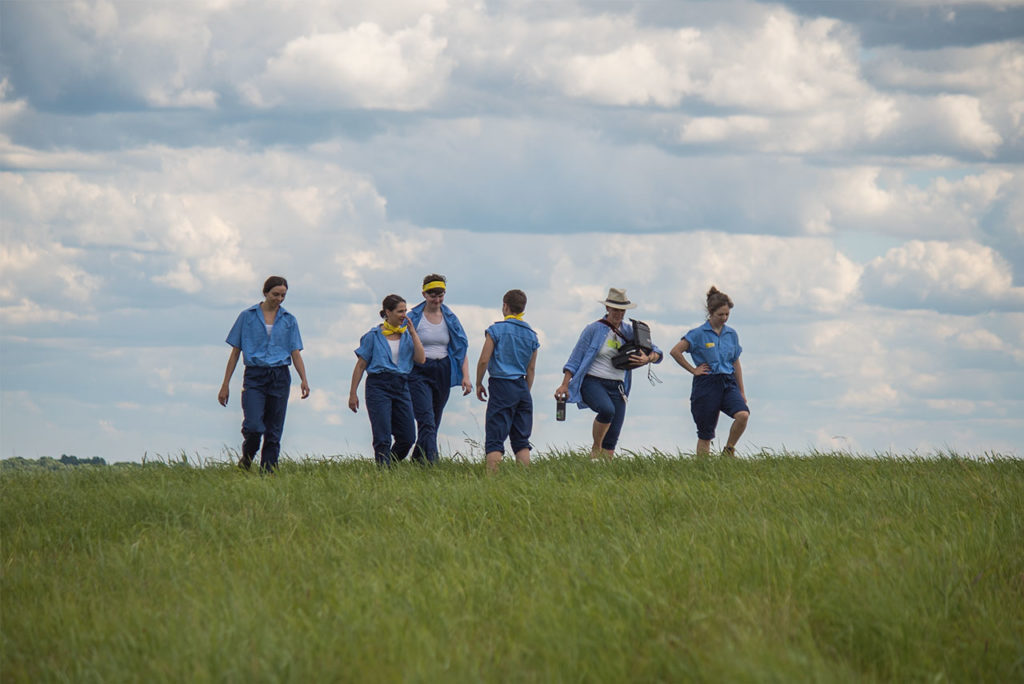 Parks were originally conceived of as spaces for the opposite of work. But can we imagine Freshkills as a park of work? In addition to Department of Sanitation workers’ labor and the countless others who turned the landfill to park, is the unrecognized work of the labor of all the food and goods that became waste. Fieldwork presents those forms of labor as choreography on site in the park

Shot in 360 video, Nowacek’s Fieldwork is a work to be explored as much as watched. By using the arrow keys on your keyboard, viewers can navigate the space of the work as it unfolds, and gain little more perspective on what it’s like to stand atop the West Mound.